With 200 species of mammals, 462 bird species, and a hugely diverse range of oceanic life, Canada is an animal lover’s paradise. If it’s your first time visiting the second largest country in the world and you’re keen to get a glimpse of the wildlife, we’ve listed 10 animals below that you might want to see on your trip to Canada.

Adult males weigh on average up to 790lbs and females up to 400lbs. Their front claws are about 204 inches long and there are about 25,000 of them in Canada.

Grizzlies don’t have to worry about other predators, as they don’t have much competition in size, so other animals will usually avoid confrontation with them unless it’s in defence!

See grizzlies with Great Bear Nature Tours from May through October from Port Hardy or with Tide Rip Tours at Knight Inlet in British Columbia.

Read Also:
YOU MAY ENCOUNTER THESE ANIMALS IN BANFF OR WHISTLER 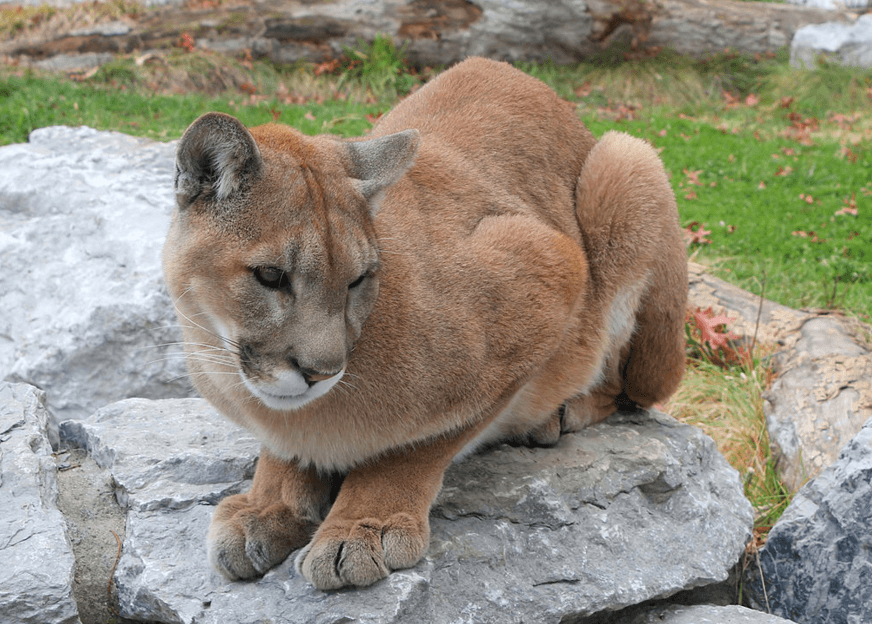 Also known as the mountain lion or puma, the cougar’s range extends from the Canadian Yukon to the Southern Andes of South America. The cougar is an ambush predator and stalks its prey, hunting deer, livestock, and small species like insects and rodents.

They have been known to stalk and kill humans, but this is rare and most likely due to human populations spreading into their territory.

The Moose is the largest living species in the deer family and like to live alone in deciduous forests. Their range includes most of Canada, but unfortunately, the Moose population of North America is declining rapidly.

Moose are herbivores and eat almost 10,000 calories per day with their sharp lower incisors. They can weigh up to 1,543lb!

Many visitors flock to Algonquin Park in Central Ontario to see if they can catch a glimpse of them, but you’re not guaranteed a sighting of any of the 3,000 Moose that live in the 3,000sqm park! 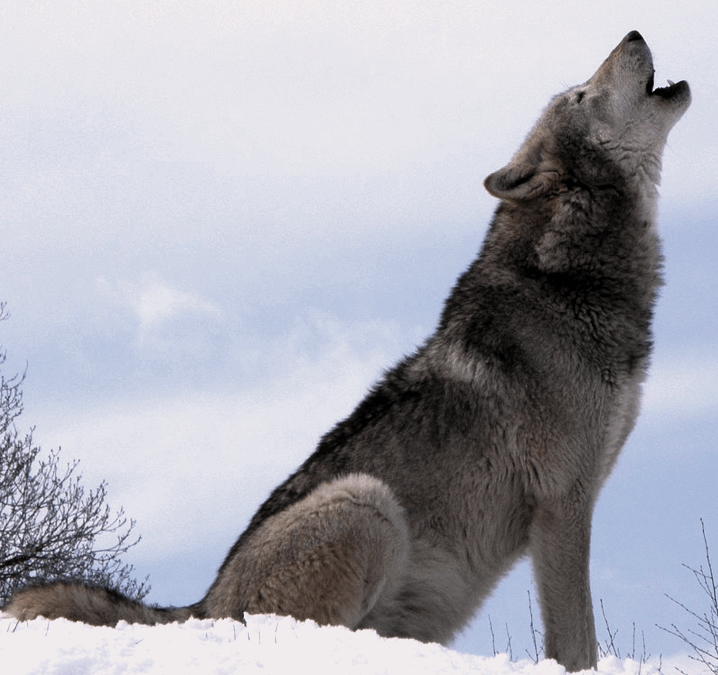 The grey wolf has had more books written about it than any other wildlife species.

It’s the largest species of wild dogs and males average between 95-99lb.

They tend to live in packs and there is always a clear hierarchy with each pack made of up an alpha pair (dominant male and female), their cubs, and offspring from previous years.

A pack can include up to 36 wolves but is typically between 5 and 12. They like to hunt moose, deer, caribou, mountain sheep, and goats.

You May Also Like:
PLANNING A МOVE TO CANADA? HERE’S EVERYTHING YOU NEED TO KNOW 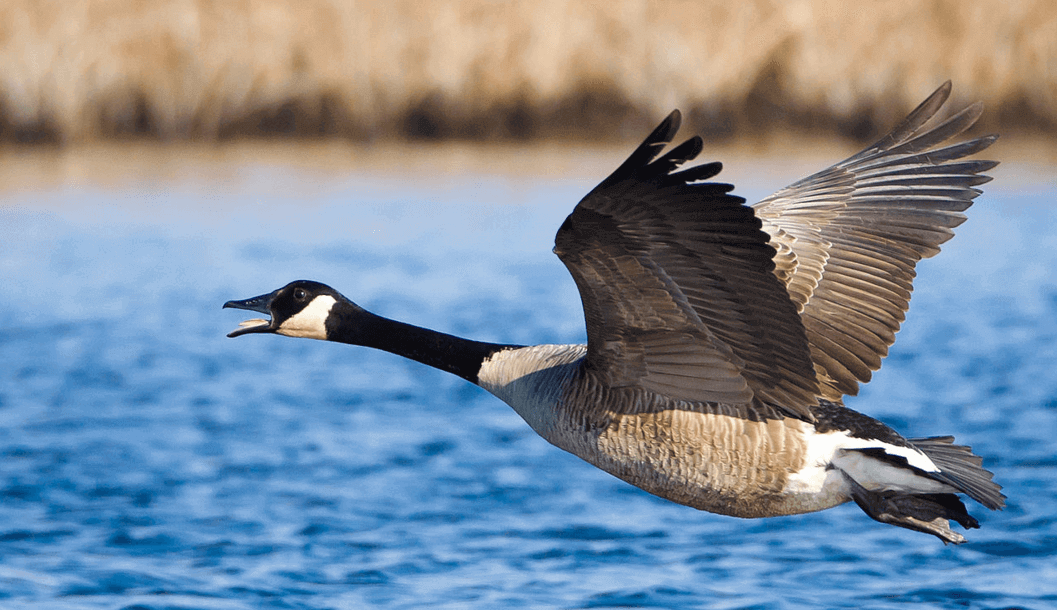 It really is a pleasure to see these beautiful birds in flight gracing the skies. They have strong family bonds and tend to return to their natal homes to nest.

There are 7 recognized species and they are the largest goose in the world, with some weighing up to 20lb!

Their black heads and neck with the white chinstrap distinguish them from all other goose species. Keep a watchful eye on the skies for these.

From humpbacks to blue whales and killer whales, Canada is the perfect place to spot these magnificent creatures.

You can witness 200 orcas at play at Robson Bight Ecological Preserve, BC.

If you’re in BC from March until mid-October, try and catch a glimpse of some of the 20,000 grey whales as they leave the Baja Peninsula and head for Alaska.

There are plenty of tours available, and although you’re not always guaranteed to see one, some tours offer your money back if you don’t!

You May Also Like:
Tips For Spending Your First Week In Vancouver as a Working Holidaymaker 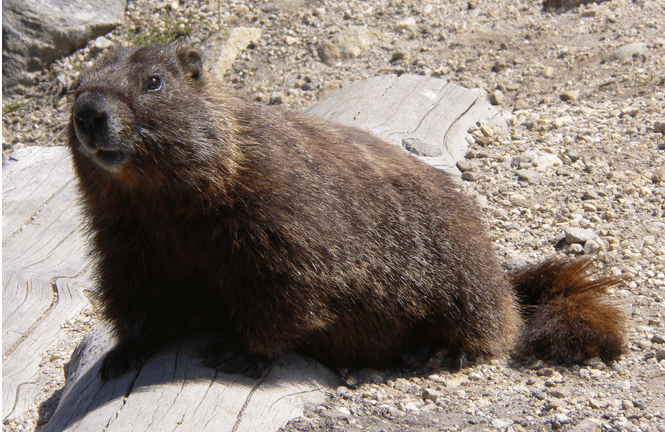 The Vancouver Island Marmot is only to be found in the high mountains of Vancouver Island, BC. Marmots are the largest members of the squirrel family and they like to live in burrows.

It is one of the rarest animals in the world, but thanks to conservation efforts, there are now around 250-300 of them living on 28 mountains.

Marmots are obligate herbivores and dine on 30 species of food plants.

They hibernate for about 210 days of the year from late Sept to late April or early May.

This particular marmot is large compared to other marmots and there are three other marmot species found in Canada.

The Hoary Marmot on mainland BC, the yellow-bellied Marmot in the grasslands of BC, and the Common Woodchuck or Groundhog in the bottom valleys throughout North America.

You can find out more about these little furries at the Marmot Recovery Foundation’s website.

It looks like a small bear, but Wolverine is more closely related to the family Mustelidae (weasels).

It’s a muscular carnivore and has a reputation for ferocity and has been documented to kill prey many times its size.

They’re also very opportunistic and will scavenge on the carcasses of large animals.

You’ll find them in high elevation forests and are in their biggest numbers in Canada, but you’ll be very lucky to spot one of these in the wild!

You May Also Like:
TOP THINGS TO DO & SEE IN OTTAWA, CANADA

The Pika, another animal found in Canada, is an animal from the same family that includes rabbits and hares.

They like to live in higher cooler regions and are very sensitive to high temperatures. They are considered to be one of the earliest detectors of global warming.

Recent studies have shown that Pika at lower elevations has been eating papery, nutrient-poor mosses in order to adapt to global warming.

You might spot them, or more likely, hear their shrieks in Banff or Jasper National Park. 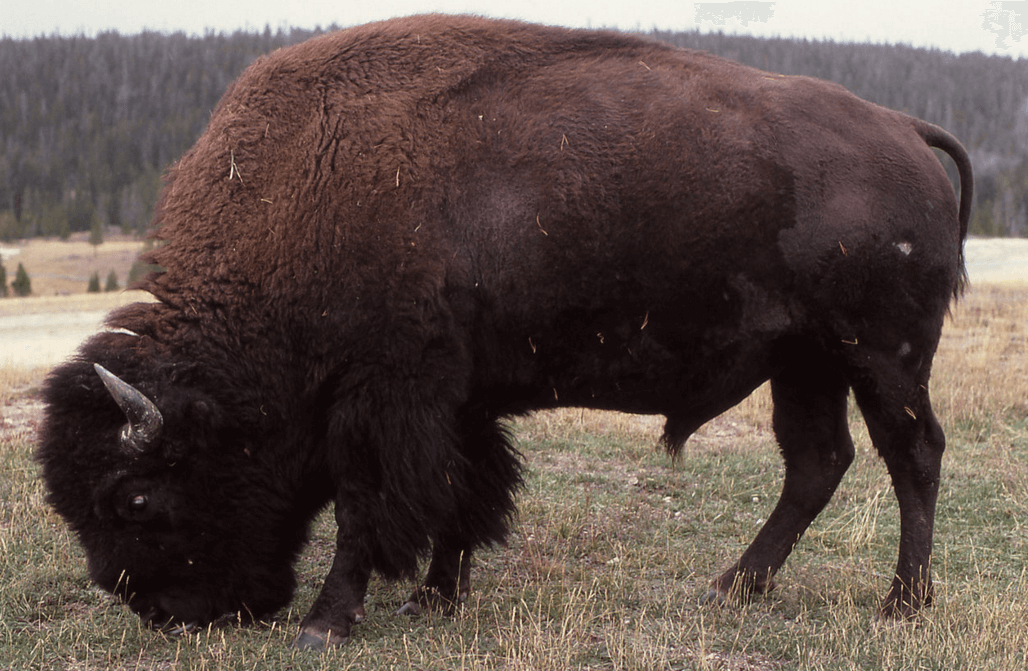 These large bison (or buffalo) were traditionally hunted by nomadic indigenous and white hunters and became almost extinct by the 1850s.

However, thanks to conservation efforts, their numbers in the wild are recovering.

Due to their size, they have few predators, however, wolves can attack in packs and brown bears, coyotes, and grizzlies can also take them down.

Are there any other animals that you have seen in Canada? Let us know and we’ll add it in 🙂

General Facts About Canada Canada is an Iroquoian language word, meaning “village”. Basketball, while invented by a Canadian, was actually invented in the United…