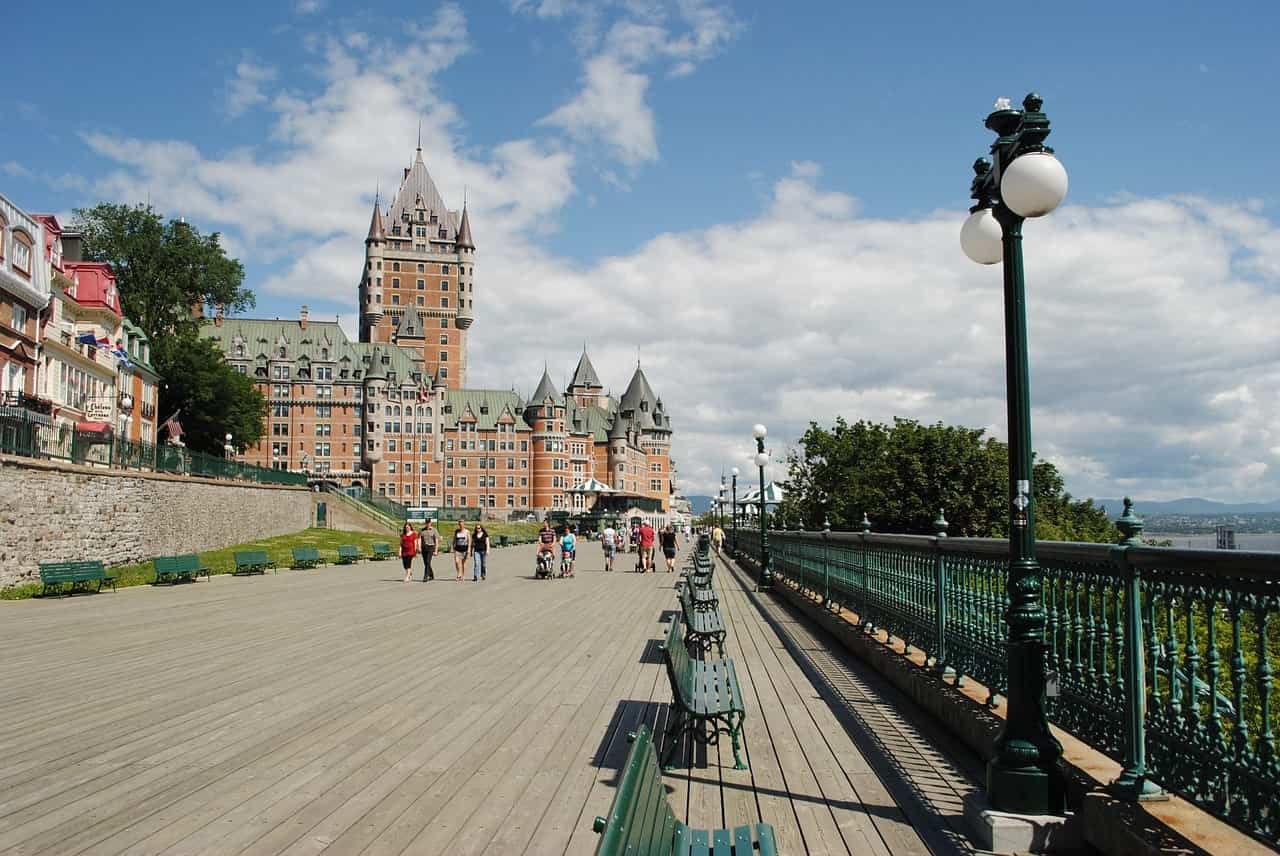 Québec City is the capital city of Québec and has a population of more than 530,000, making it the second-largest city in Québec after Montreal.

The city’s landmarks include the Château Frontenac hotel which dominates the skyline, and the Citadelle of Quebec – an intact fortress that forms the centrepiece of the old defensive walls surrounding the old city.

Climate wise it’s classed as ‘humid continental’ and has four distinct seasons. Summers are warm and occasionally hot and winters are often cold, windy, and snowy with average high temperatures of −5 to −8°C and lows of −13 to −18°C.

Hostels are a good option for a short-term base when you first arrive. Some of the best options in the city include:

HI Auberge Internationale de Québec is in the heart of Old Québec inside the old walls and fortifications.

It’s a short walk to Château Frontenac, the shopping area, great nightlife, and all the main cultural attractions.

This is the largest hostel in Canada and offers private rooms as well as shared. Some of the features of the hostel include:

And friendly staff, too!

Located just 3 km from Québec City, this is one of the top hostels on Hostelworld. There is a free shuttle service to the old town 3 times a day.

In this hostel you’ll find:

Around the hostel, you’ll find bars, pubs and restaurants, and a shopping centre. Less than 1 km away is the famous Parc des Chutes Chaudières with breathtaking views of the 35 meter-high waterfalls.

This affordable hostel is in the heart of Old Québec where there are lots of sites and activities on offer.

The Auberge de la Paix has been increasingly popular with customers who like social interaction with staff in a cool and relaxed atmosphere.

You can also choose to stay in university rooms outside term times. For example, the Univeristé Laval offers options for a short-term stay of less than 30 days or long-term over 30 days.

You May Also Like:
TOP 10 REASONS TO STUDY IN CANADA

If you plan on staying in Québec City for a while, then your best bet for long-term accommodation is an apartment.

Saint-Roch is a refurbished downtown neighbourhood that has undergone a bit of a face-lift in the past 10 years.

The formerly working-class area is now a stylish district where you can explore art and fashion, trendy restaurants, and a mix of cafes and bars.

Vieux-Québec: Haute-Ville (Upper Town) & Basse-Ville (Lower Town) are among the most popular tourist destinations in the city. Basse Ville is an extension of Haute Ville and the Château Frontenac is one of its major landmarks.

You’ll see plenty of street performers as you pass through the cobblestoned streets with vendors selling crafts and artwork.

Québec City’s gay village is located in Haute Ville and the neighbourhood hosts a three-day gay pride festival every September.

Oozing character and old-world charm, Montcalm is southwest of Vieux-Québec and is a nice residential area that’s home to plenty of restaurants with great rooftop terraces, bars, and galleries.

Saint-Jean has more of a bohemian vibe with various boutiques, cafés, restaurants, and markets, and you’ll see sites such as the oldest grocery store in North America. If you keep going along Rue Saint-Jean you’ll eventually enter Haute Ville.

One of the oldest commercial districts in North America is Quartier Petit Champlain which forms part of Vieux-Québec.

The Breakneck Stairs is Québec City’s oldest stairway and built-in 1635, its name is derived from the steepness of the 59 stairs.

*The information above varies by area and rates is subject to change. 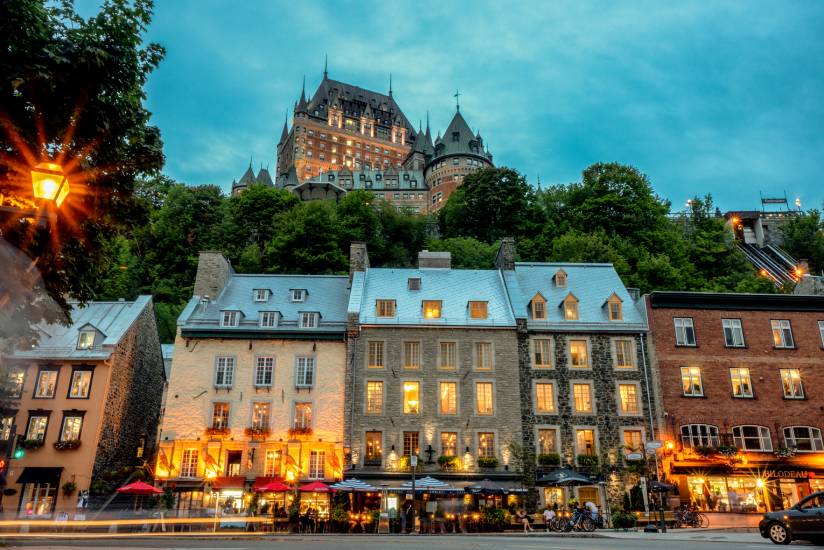 If you’re going on a working holiday in Canada, don’t forget to sign up to our jobs kit!