In this blog post, we’re going to take a look at some of the animals you may see in Banff or Whistler and what you should do if you encounter one.

Thousands of people from around the world flock to Banff and Whistler each year to enjoy ski season.

But these resorts are also home to thousands of unique creatures all year round – from big scary grizzly bears to cute little pikas!

While animal attacks are rare, it’s always important to be vigilant and respect these local inhabitants.

Did you know that black bears are not just black? In fact, they range in colour from deep black to light cinnamon!

There’s a pretty good chance you will spot a black bear in the valleys and forests of Banff and Whistler.

While black bears are more placid and comfortable with humans than grizzly bears, they may still defend themselves if they feel threatened. Keep a safe distance at all times! 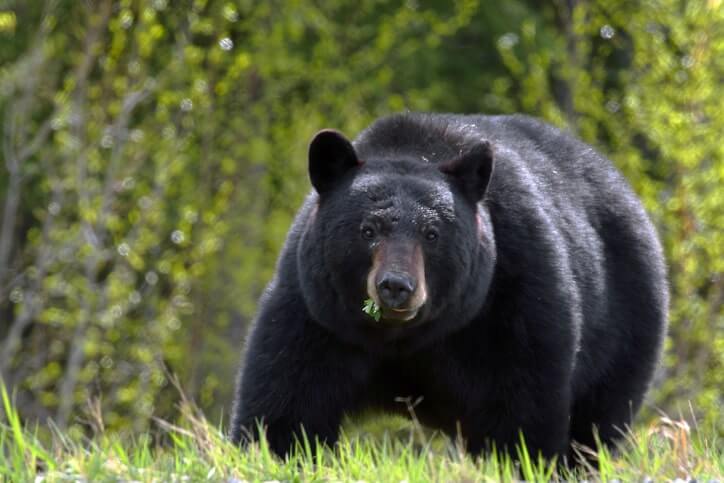 Banff National Park is home to over 60 grizzly bears. Grizzlies are much bigger than black bears and have a hump between their shoulders, big paws with long claws and grey tipped hair.

In late summer and early autumn, grizzlies eat all day in preparation for hibernation. They will do anything for food! So if you are out camping in Banff, be sure you don’t leave scraps out as bears can smell food from miles away! 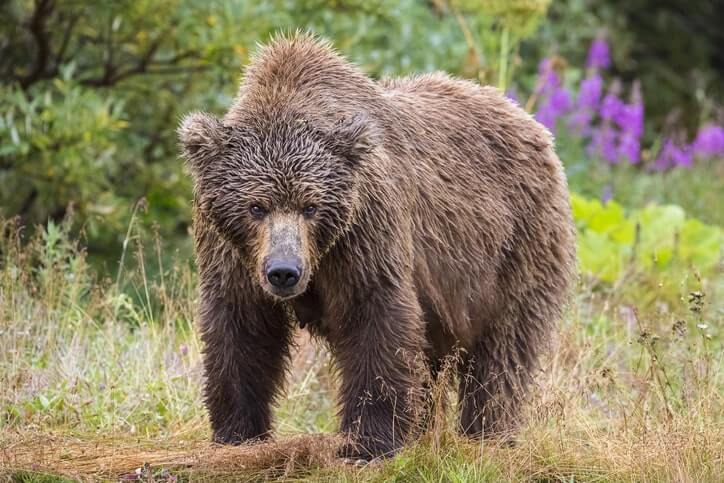 Bears are usually out of hibernation from April to November. If you encounter a bear, extreme caution should be taken. They are very unpredictable so watch from a safe distance and be bear aware.

To avoid any confrontations with a bear you should:

If you encounter a bear in the wild, you should remain calm, don’t make direct eye contact, speak in a calm voice, back away slowly and stay together if you’re in a group. If the bear tries to make contact you should use your bear spray.

The safest way to spot a bear is on a bear viewing tour with a professional guide and in the safety of a vehicle. Then all you will have to worry about is taking a great picture!

Wolves in Banff and Whistler

Banff National Park is also home to packs of wolves. It is very rare for the wolves to attack but there have been some incidents in recent years. It’s safe to visit Banff and Whistler but it’s vital to be vigilant at all times. 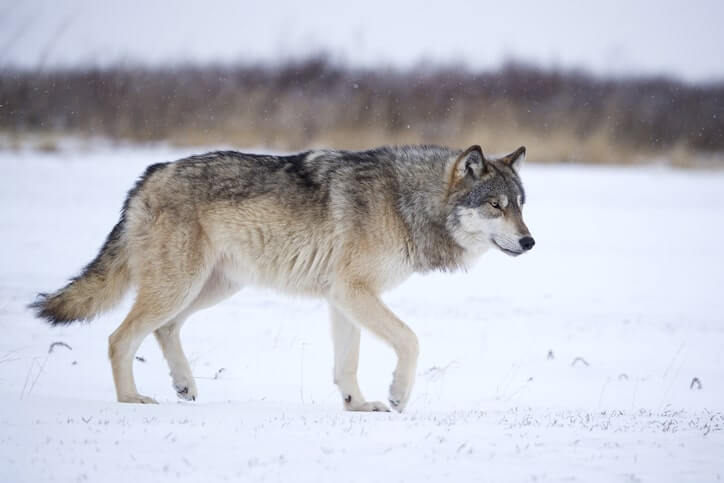 Also known as mountain lions, cougars usually stay hidden away in areas where they won’t be seen like up steep mountains and forests. Cougars have large paws, long tails and are very fast.

In the unlikely event that you see a cougar, remain calm, back away slowly and don’t make any sudden bolts.

If a cougar follows you, be aggressive, maintain eye contact and make loud noises. 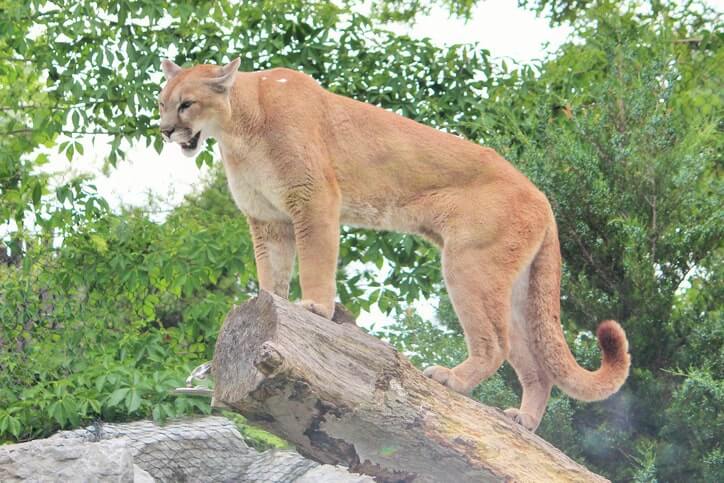 The most common animals you will come across while in Banff are elk. Male elks have antlers which they use to show their dominance. They have been known to be aggressive towards people so use caution when approaching them. 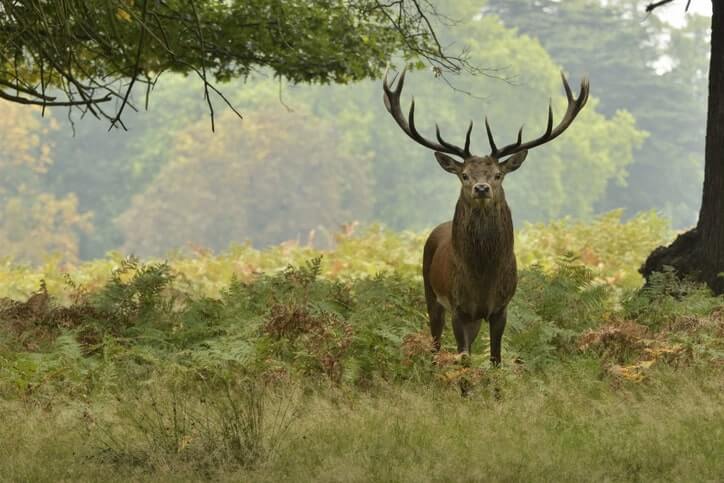 Pika’s are close cousins to rabbits (but cuter!). They have little fuzzy bodies and round ears. These little creatures live in the high alpines and are very shy. You’re more likely to spot one in quiet areas by exploring away from the crowds.

Pikas have a piercing call when danger is coming so even if you don’t see one you will definitely hear one. Although you may be tempted to coax them over, it is advised not to feed them with human food as this can damage their health. Even if you don’t come across a Pika, you will probably ski down Pika’s Traverse while in Whistler! 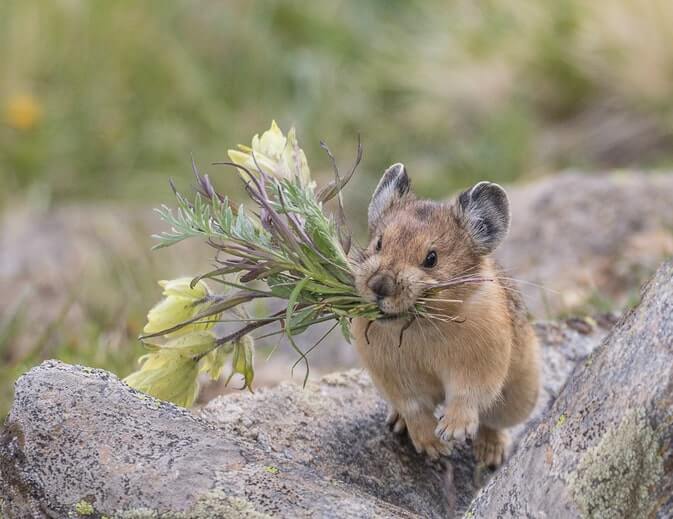 You’ll often hear marmots before you see them. In fact, did you know that it’s their distinct whistle that gave Whistler its name?!

These large rodents are silvery brown in colour and live in alpine areas. You are likely to encounter a marmot during hikes in Whistler and Banff. They are fast animals and run to their burrows if they’re scared. If you’re looking for the perfect picture, you’ll need to be quick with your camera. 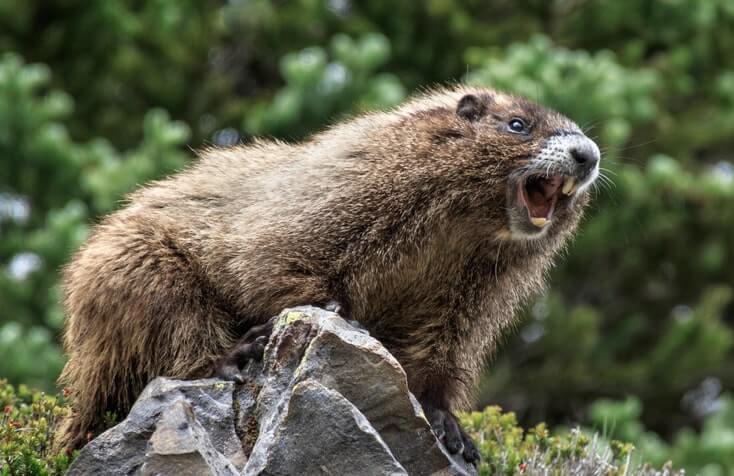 Read Also:
10 Animals You Will Find in Canada

Beavers are not only famous for creating dams, they are an icon in Canada. They can be found near shallow water such as ponds, lakes and rivers. They’re known as ‘keystone species’ because they’re vital for the survival of other species.

If you want to spot a beaver spend some time along the lakes or take a tour down the rivers. Watching beavers at work is a sight not to be missed but even if you don’t spot one in the flesh you will definitely see their construction efforts along the way. 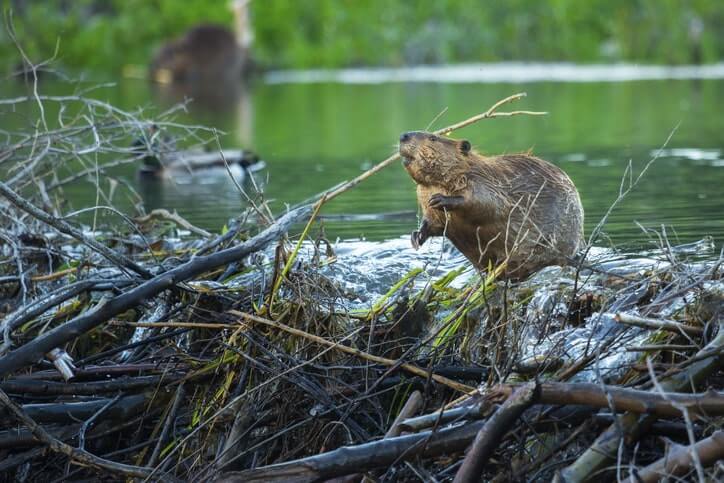 Stellar Jays can be spotted all year round and they’re not afraid of humans. These dark blue and blackbirds can usually be spotted on tree branches or flying around parks. If you’re lucky, they might even come down to say hi! 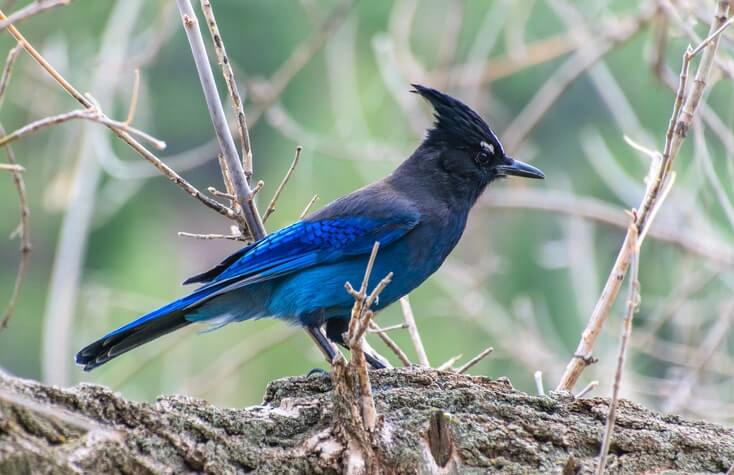 Are you thinking of travelling to Banff and Whistler? The first thing you’ll need is a visa.

Visa First will assist you with obtaining a Canadian Tourist or Working Holiday Visa.

They also offer some additional services like travel insurance and passport cover to make your trip run smoothly.

This is probably one of the most important factors that you should assess before you file your taxes each year, especially if this is…