Okay, maybe you’ll need a few more items than that. But you know what we mean!

Before you get to Canada, there are a few things you should know.

For instance, you must be aware that Ice Hockey is one of the most popular sports in the country.

What better way to break the ice (pun intended) and integrate yourself into Canadian culture than by taking the plunge and becoming an ice hockey fanatic!

Because sports and specifically the NHL are so popular in Canada, you should have no problem immersing yourself in the culture of your chosen club!

So, without further ado, here are a few options for you to consider when picking your NHL team! 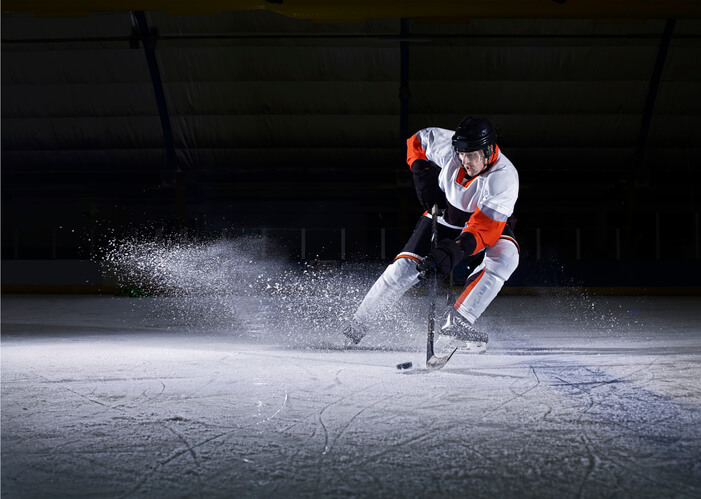 Which Canadian teams play in the NHL?

Formed in 1917, they are perceived as the most successful Canadian-based NHL team.

Did you know they are also one of the oldest sports franchises in North America?

The Canadiens have won a massive 24 Stanley Cups in 34 final appearances!

For teams created before 2010, the Canadiens have the highest points percentage of any team in the history of the NHL.

The Montreal Canadiens play in the Bell Centre.

With a capacity of over 21,000, it is the largest ice hockey arena in the world!

Going to games is easy too. The stadium is located downtown in Montreal in an excellent location for access, connected to the underground and Central Station.

Their biggest Canadian rivals are the Toronto Maple Leafs.

This has only grown in time, with the success of each team.

In fact, the Canadiens jersey is iconic across the world as it is one of the most recognizable hockey shirts.

Formed in 1917, the Maple Leafs are another hugely successful Canadian-based NHL team.

They have won 13 Stanley Cups in 21 appearances.

The Maple Leafs play in the Scotiabank Arena in Toronto.

The capacity here is just under 19,000, making it slightly smaller than Montreal’s Bell Centre.

It is located downtown in the heart of Toronto, on Bell Street. Catching a game is always great fun and there is a great atmosphere in the restaurants and bars around the arena on game days. 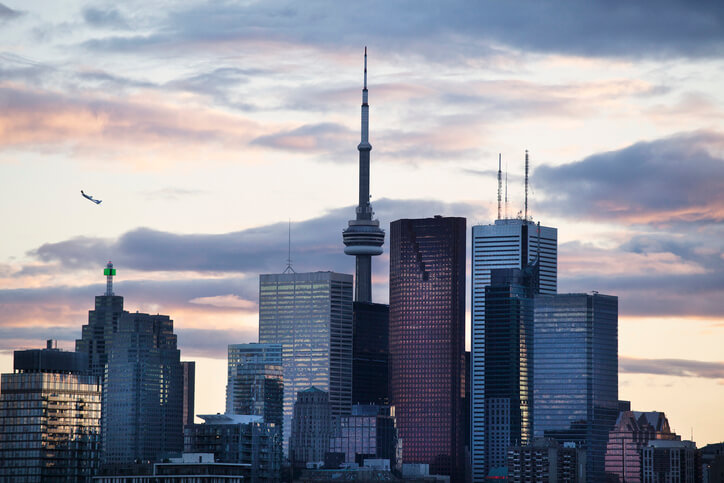 Their biggest rivals are the Canadiens.

The two teams are usually seen as the Canadian ice-hockey powerhouses.

The Canadiens wear white and blue.

It is another jersey that is iconic across the sports world.

The Winnipeg Jets took over from the Atlanta Thrashers in 2011.

They have yet to win a Stanley Cup.

The home stadium of the Winnipeg Jets is the Canada Life Centre.

It is located downtown in Winnipeg, Manitoba, in an ideal location for access, as well as for activities before and after. 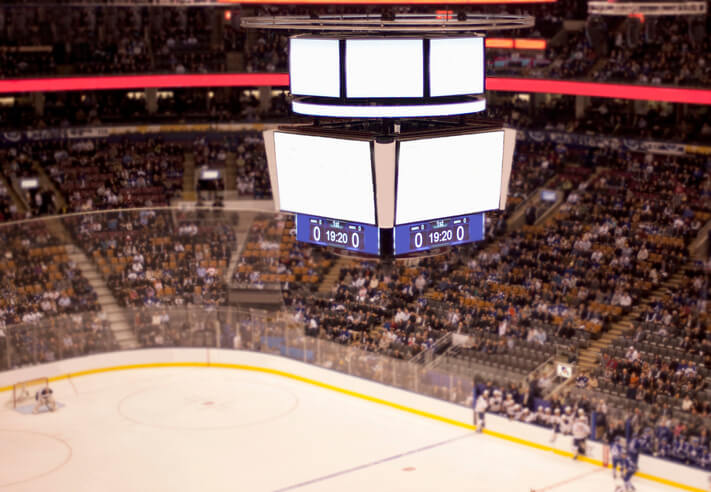 The Winnipeg Jets don’t have an old-fashioned ‘rival’ in itself, but they are bickering with a number of teams!

For example, Minnesota, Vegas, Nashville, and the Maple Leafs are all disliked by most Jets fans.

The Oilers were founded in 1972 and are a reasonably successful NHL side.

They are also the northernmost NHL team.

The home stadium of the Oilers is Rogers Place.

It is quite a big stadium, being able to host over 18,000 people at its maximum capacity.

It is also located in an ideal place in the city, with public access to the arena easily being provided by the Edmonton Light Rail Transit system and Edmonton Transit Service bus.

The Oiler’s main rivals are the Calgary Flames. 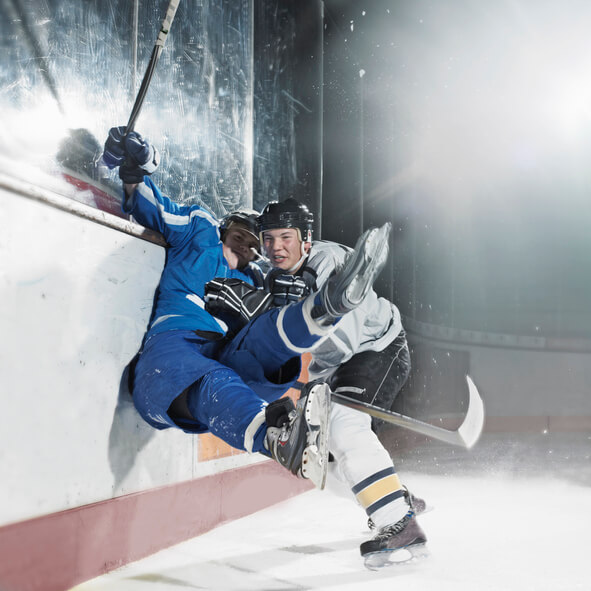 Originally founded in 1972, the Calgary Flames are local rivals to the Oilers.

They’ve won a single Stanley Cup, the year before their foes in 1989.

The home stadium of the Flames is the Scotiabank Saddledome.

It’s a hugely impressive building, making up part of the Calgary skyline.

It is a big stadium too, hosting well over 19,000 people at maximum capacity.

It is accessible by foot, road, or rail!

The Flame’s colours are red, yellow, black, and white.

The Senators have never won a Stanley Cup, despite being founded in 1992.

The home stadium of the Senators is the Canadian Tire Centre.

It’s located off Highway 417 slightly outside of Ottawa.

It can host over 18,000 people at maximum capacity.

It is accessible by rail or road, with many choosing to travel there by OC Transpo. 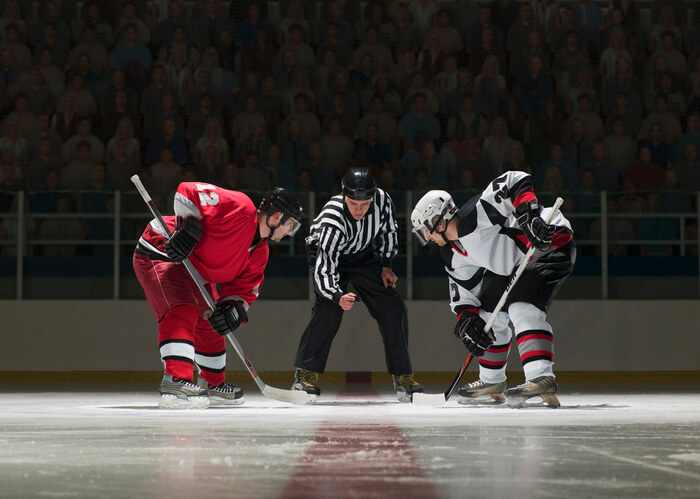 In fact, the ‘Battle of Ontario’ rivalry was named after the feud between the Ottawa Senators and Toronto Maple Leafs.

Fanatics describe it as one of Canada’s best ice-hockey rivalries.

The Vancouver Canucks have the lowest points percentage of any Canadian-based NHL team.

They were formed in 1945, and have never won a Stanley Cup.

The home stadium of the Canucks is the Rogers Arena, a hugely popular venue in Canada for concerts.

It can host just less than 19,000 people at maximum capacity.

It’s perfectly situated in the heart of Vancouver, accessible by a short walk through the city or by public transport such as SkyTrain.

It can be seen right beside BC Place, home of the Vancouver Whitecaps soccer team.

Depends which Canuck fan you ask!

Here’s to the underdog! 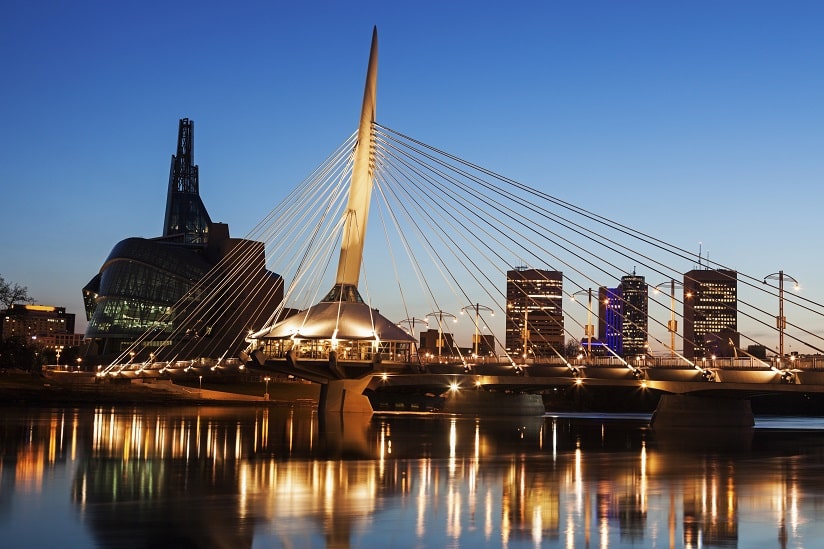 Should I pick my local team?

It may seem like a difficult choice, particularly if you have no previous experience watching NHL.

However, picking the local team is always the best solution!

We would always recommend picking the closest team to your location, as it will be convenient and also help grow friendships and bonds with local supporters.

Why is fighting allowed in Ice Hockey?

This is one aspect of the sport that newcomers often struggle to wrap their heads around.

Tensions can often boil over to the point of the contest resembling an MMA match!

Officially, referees are encouraged to tolerate fighting during hockey games, but they can choose to carry out varying degrees of penalties on players who take part in fights.

Players, media, and coaches are guided by what’s known as ‘the code’ – an unwritten set of rules that governs fighting.

Fights generally aren’t random – in most circumstances, they are organized – think of it as blowing off steam! Players that don’t get involved are generally not targeted or thoughtless of.

If a player does target someone not involved they will be punished from that game, and possibly even subsequent games.

Hockey is a self-regulated game compared to, let’s say, soccer. The Ref’s job is to decide on what happens during on-ice play, and not necessarily for behavioural calls.

What hockey terms and jargon should I familiarise myself with?

Hockey is full of lingo that you may not have heard before, even if you have been in the country for a while.

The language adopted by hockey fans adds to the comradery in the stadium before, during, and after games.

Here are fifteen crucial terms you really need to know before going to a match! 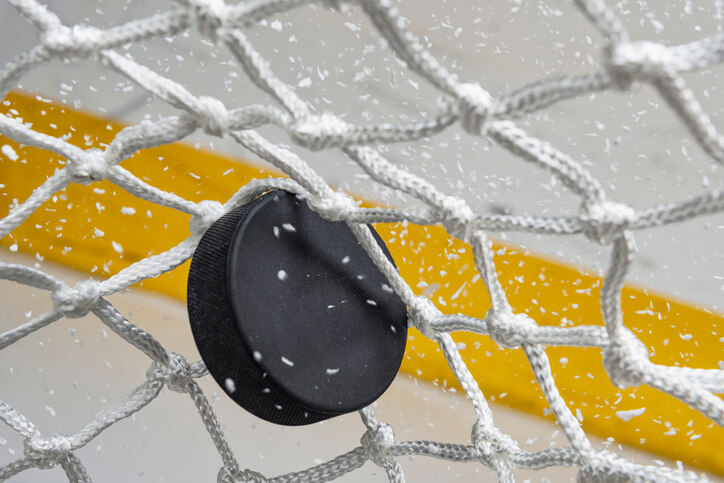 Is it easy to get Ice Hockey tickets?

Well, in truth, that depends.

If you’re looking for tickets to a Maple Leaf’s game, you’ll probably find it harder to get your hands on one than, let’s say, a Senator’s game.

That is due to the demand for tickets in the cities at any time.

Tickets can literally range from between $15 to a couple of hundred dollars per game, depending on factors such as:

You can buy Ice Hockey tickets in a lot of places – for example, online on Ticketmaster.com, NHL.com, or the respective team’s website.

Hockey can be a great way to immerse yourself in local culture during your stay in Canada.

It can also be a great way of blowing off steam as you watch two teams going head to head for victory!

Either way, strap in, get some popcorn and refreshments, ‘cos it’s gonna be a bumpy ride in that arena!

What’s too much tip? What’s not enough? We’ve got the answers! OK. So picture the scene. You’ve just arrived in Canada for your working…