Summer is just around the corner and we know that there really is no better place to spend it than in beautiful Vancouver.

But with so many great places to visit and fun things to do, how do you know what’s right for you?

We’ve gone and taken all the work out of planning an awesome summertime adventure! 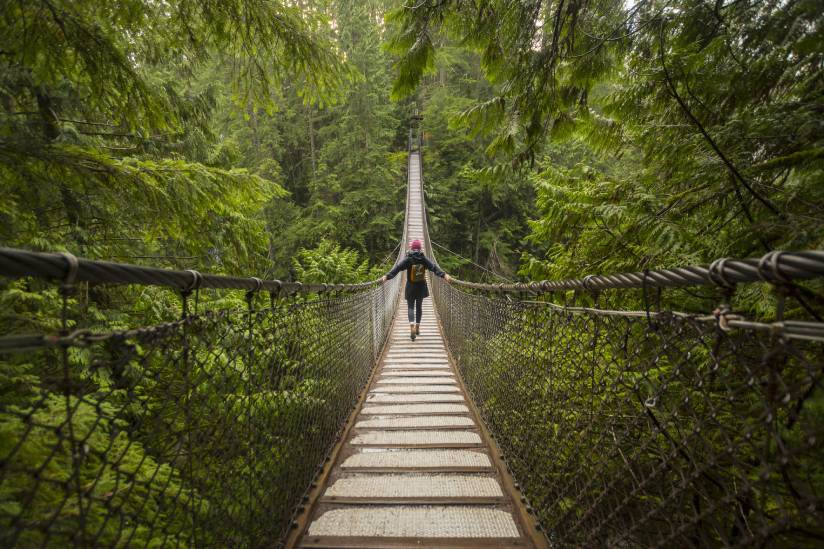 First up is a little something for the thrill-seekers out there. The Capilano Bridge spans a 70-meter deep canyon. The bridge first opened to the public in 1889, making it Vancouver’s oldest tourist attraction.

If you’re brave enough to cross it, you’ll find an activity park with forest trails and a treetop walk through the giant old-growth trees. You can also go for a stroll along the Cliffwalk – a transparent suspended platform, this is not for the faint of heart or anyone with a fear of heights.

If this sounds like your kind of thing, you can visit the Capilano Bridge website for more info on tours and prices.

If you’re a pioneering nerd or you just love a challenge, geocaching is the summertime activity for you! It’ll get you out of the house and into the great outdoors… and the best part? You might even find some hidden treasure!

If you’re wondering what geocaching is, it’s the practice of hiding small containers full of trinkets in different locations around the world.

The location coordinates and some clues on how to find the containers are then shared online.

Bear in mind, this isn’t a real treasure per se, it’s more like a few trinkets and usually a list of names of those who have previously discovered the treasure – so don’t forget to bring a pen and don’t worry if you don’t find anything, the real fun is in the hunt.

Check out the Metro Vancouver Geocaching website to get in on one of their many meetups. 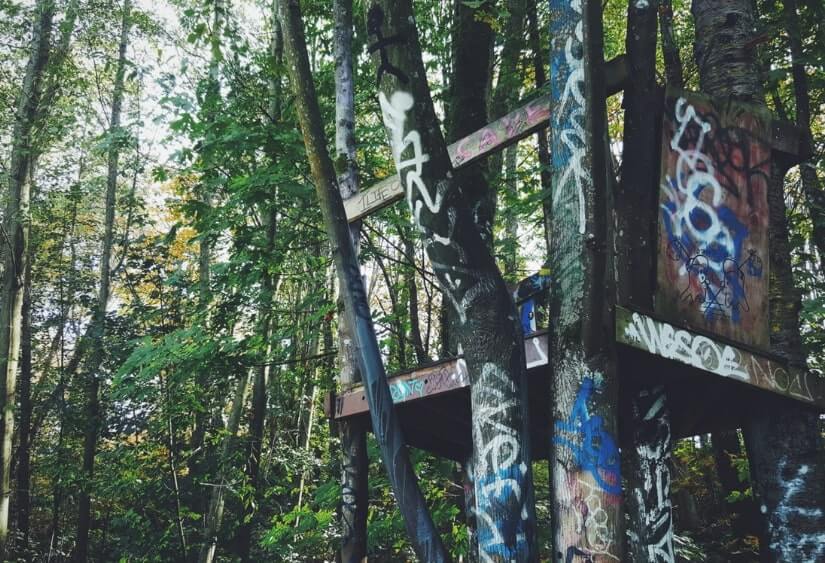 3. The Treehouse in Burnaby

There’s a lot of hullaballoo online about this “secret” treehouse when the truth is, it’s not much of a secret but that being said, it’s still really cool and well worth a visit.

If you’re cycling or walking on the side of Trans Canada Trail in Montrose Park, you’ll see it appearing out of nowhere with its rickety old ladder, covered from top to bottom in graffiti. Bring a sharpie or some spray paint if you want to leave your mark on the treehouse.

There’s a great view overlooking the water so why not bring some snacks, maybe even a beer and take some time to chill out and enjoy it while you’re there.

Gastown is notoriously seedy, which is probably why it’s home to the Vancouver Police Museum. Some of the museum’s exhibits include a painted skull that was sent to the Vancouver police, an old morgue, confiscated weapons, counterfeit money, and memorabilia from infamous crimes.

There’s also a ‘Sins of the City’ walking tour of the neighbourhood where you’ll learn all about its history with bootlegging, prostitution and murder.

Canada’s underground contains a series of steam pipelines that are connected to a generating plant. This system provides heat for most of the downtown core. The steam is also used to power the whistles of the two-ton Gastown steam clock, which is another cool site to see if you’re visiting the area.

It’s a great place to spend a nice summer’s day, you can admire the cobbled streets, go on a book shop crawl and last but certainly not least, you can pop up to the Vancouver Lookout for some awesome views. 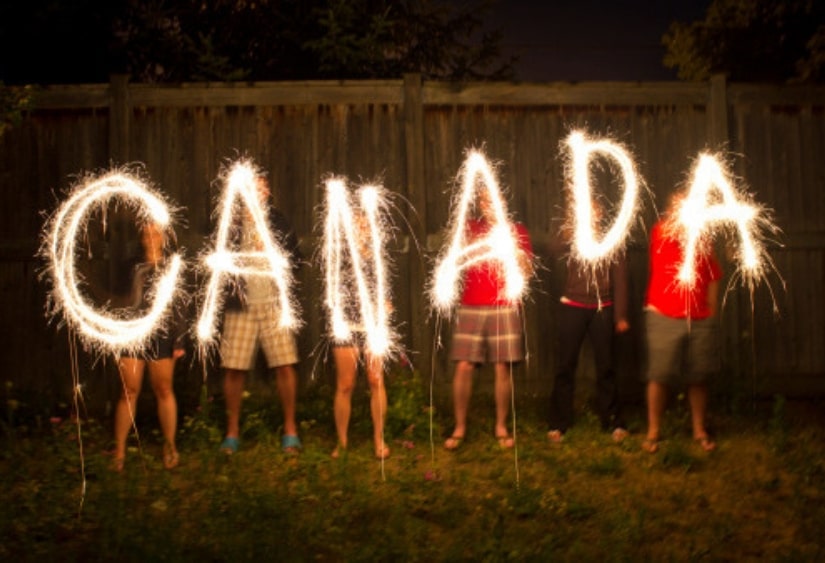 Canada Day is celebrated on the 1st of July and is basically an excuse for Canadians to take to the streets and throw a citywide party. There are tonnes of free events that will pop up when the celebrations begin so keep an eye out for anything that might be of interest to you.

There are parades, street festivals and fireworks among other things so no doubt you’ll be spoiled for choice! 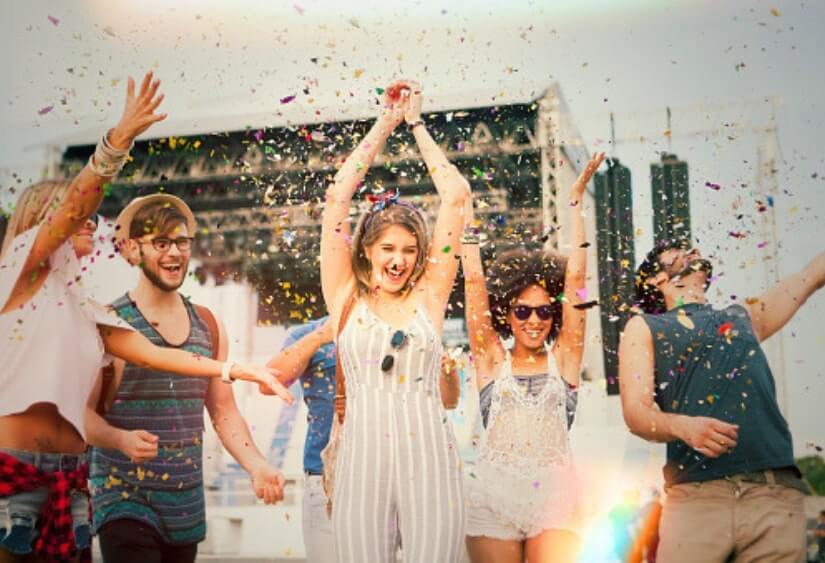 You May Also Like:
CANADA DAY – DEFINITION, HISTORY & FACTS

There’s always a good outdoor gig to catch at Malkin Bowl, in fact here’s a list of upcoming concerts taking place there so you can start planning!

If you want something bigger with an awesome lineup, Squamish Valley Music Festival, a hugely popular festival that previously featured headliners like Drake and Chance the Rapper have announced a brand new festival this year that promises to offer some amazing acts. Squamish Constellation Festival runs from July 26th – 28th. 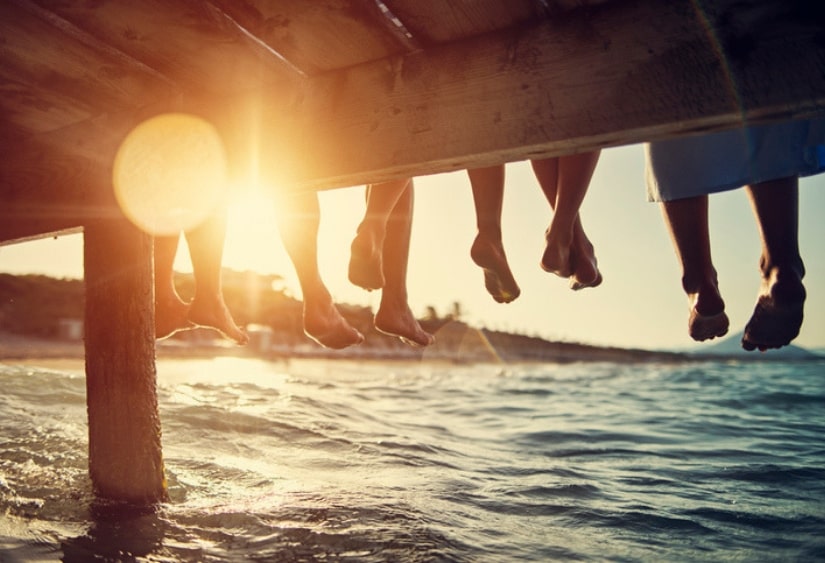 7. Sunbathing and Barbecues on the Beach

Vancouver has a diverse terrain, you can ski at almost any time of the year, hike along forested mountain trails and if you’d prefer something more chilled out, you can visit one of the many beaches spanning the Vancouver coastline.

Check out this list of the best beaches in Vancouver, grab your sunglasses, a cold beer and try to get a good spot before everyone else!

8. Grabbing Some Munchies at a Summer Night Market

In the Lower Mainland, Asian markets are a summertime tradition. Two of the most popular night markets are in Richmond. The Richmond Night Market and the International Summer Night Market. Each market has over 300 vendors. There’s also some of the best Asian food you’ll find in all of Vancouver. Richmond has a really cool Buddhist temple too, so be sure to head there if you can.

Shipyards Night Market is another great one to check out if you’re in North Vancouver. 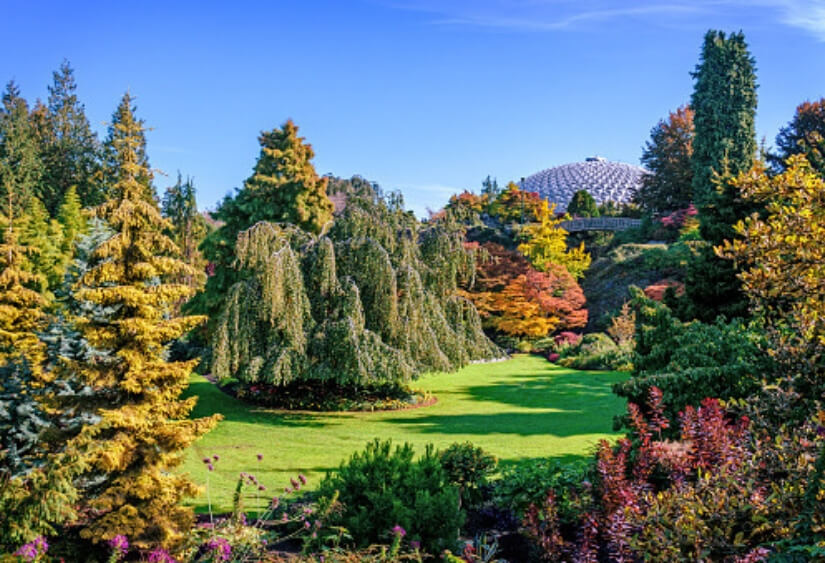 This park marks the highest point in Vancouver… and you know what goes hand in hand with high altitudes? Yes, light-headedness but more importantly, amazing views! You can see the mountains to the north and get a great view of the city.

But that’s not all the Queen Elizabeth Park has to offer; there are all kinds of activities you can partake in while you’re there, like a round of pitch-and-putt golf or a visit to the very cool enclosed tropical environment of Bloedel Conservatory. If you have time you should also check out the sunken Quarry Garden.

While you’re in the area, you can head over to VanDusen Botanical Garden, perfect for a sunny summer stroll. The garden even has a hedge maze for you to get lost in (and hopefully find your way out of).

This gorgeous garden was designed as a collaboration between the People’s Republic of China and Canada. The project took a total of 52 craftsmen to design it. The 15th Century-style garden is modelled on the garden homes of the Ming Dynasty scholars and officials. It’s the very first garden of its kind constructed outside of China.

Sun Yet Classical Chinese garden has been carefully designed so that no two views in the garden are the same. Go and get lost down the winding paths surrounded by willow trees and moon gates, and you might even catch glimpse of a huge goldfish as it swims by.

Hopefully, we’ve given you some ideas on how to make the most of your Summer in Vancouver! Don’t forget to follow us on Facebook for lots more Canadian working holiday tips and advice!

Outdoor Activitiesthings to do in CanadaTravel in Canadatravel tips

Are you looking to work at Whistler Blackcomb, Lake Louise, Sunshine Village or Big White? We’ve got you covered. There are a number of…