So, no matter where you’re from, you’ll find something to suit your taste buds!

Are you wondering how the local food in Canada tastes like?

From tasty treats to their version of curry chips, you will be spoiled for choice.

Whether you are enjoying your time on the slopes or busy working downtown we have come up with must-try foods during your time in Canada.

That said, some dishes simply must be sampled before you leave Canada.

Let’s take a look at some of the best traditional Canadian dishes.

Do yourself a favour. Try a BeaverTail!

Although the name sounds more like a meat delicacy, these are delicious pastries that are often the preferred snack of Canadians.

The pastries are deeply fried and stretched to resemble a beavers tail.

They can be topped with any kind of sweet and savoury thing you can think of.

Our favourite is the crumbled Oreos, Yummy!

This is a whole-wheat pastry, fried and covered in an assortment of goodies and is proclaimed as a classic Canadian food.

This sweet indulgence is now a national symbol of Canadian culture. It is worth mentioning that BeaverTails uses 33.5 tons of Nutella per year!

There are countless twists on the beavertail recipe all around Canada.

You can definitely check the restaurants all over Canada, and why not that one in Banff? 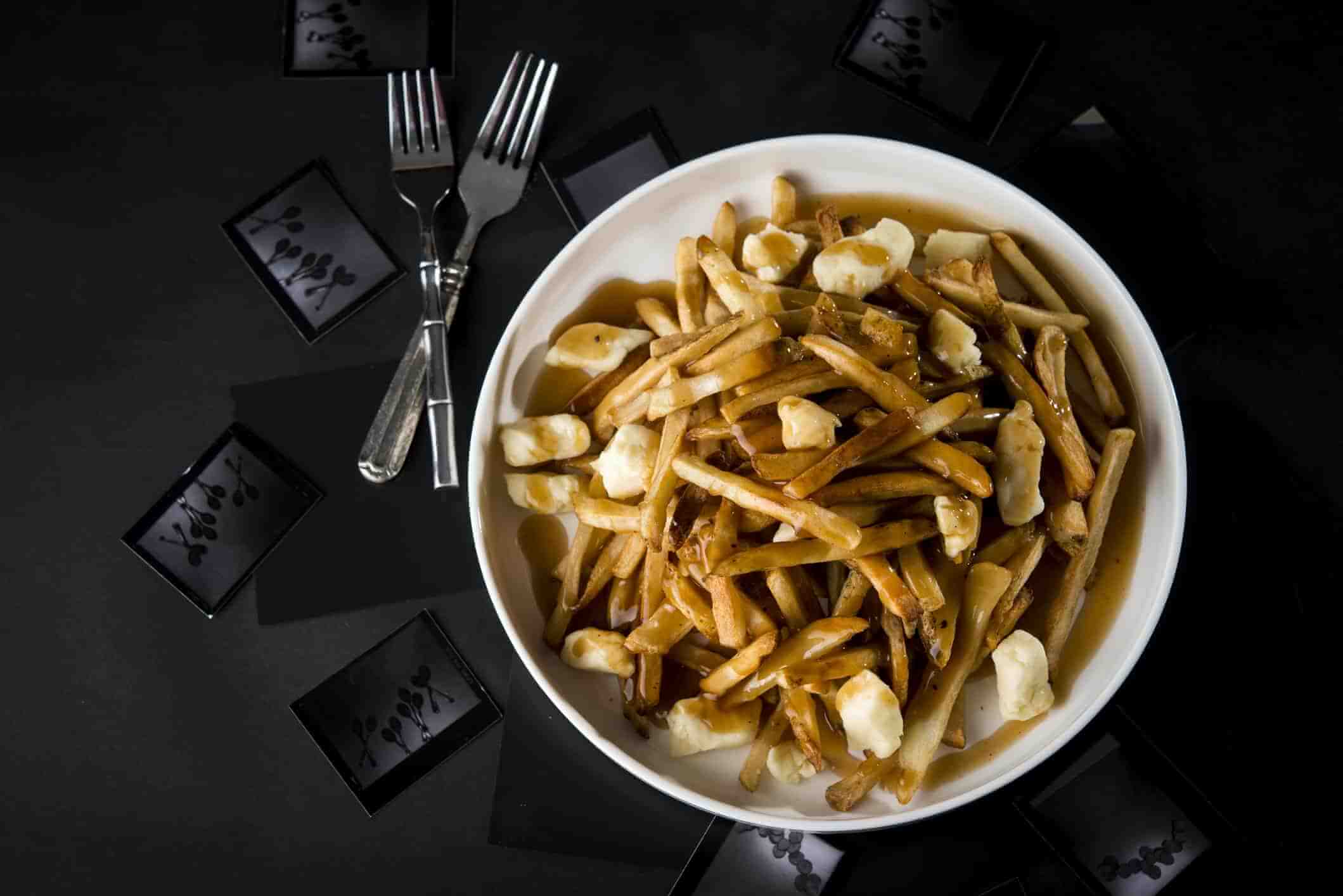 If you’re on a working holiday in Canada and you haven’t tried Poutine, you are seriously missing out.

Not for the diet conscious traveller, top of the list is the very Canadian Poutine.

Dating back to 1950s rural French-speaking Quebec, the hearty dish consists of a big plate of chips topped with yummy gravy and the cheesiest of cheese curds.

The Canadian classic quickly became a staple dish in Canadian restaurants across the country.

Yes, this may seem like an odd combination. But don’t knock it until you’ve tried it!

It’s not uncommon for the dish to be topped off with bacon or pulled pork.

If you’re out and about when hunger strikes, Poutine is a delicious and filling dish that is unlikely to hurt your pocket too much.

It is available right across Canada.

Great after a day of boarding or as a treat at the weekend.

Different versions of this potato dish can be found in most Canadian restaurants.

If you’re in Vancouver, we recommend that you stop by La Belle Patate. You won’t be disappointed!

Locals crave something substantial to put some heat back in their bones.

And simply put, Tourtière is like a hug on a plate!

It’s a traditional French-Canadian meat pie that is usually served during the holiday season.

In coastal areas, fish (often salmon) is commonly used as the filling.

Finally, a flaky pastry base is spiced with cinnamon and cloves.

While in Canada, if you have the chance, check out Honey Salt in Vancouver.

This place blends the savoury and the sweet.

The people of Canada (and working holidaymakers alike!) can thank 18th Century Scottish fur traders for introducing Bannock to their country.

Bannock is usually made from peameal, barley, oatmeal.

Indigenous people adopted the recipe using cornflour, rather than the wheat flour of the Europeans.

You can enjoy Bannock with tea, or serve it with soup.

This food is so popular, there’s even a restaurant named after it in downtown Toronto.

However, you will find traditional takes and modern twists on the bannock recipe no matter where you are in Canada.

How about Cinnamon sugar Bannock for the Canadian national day? 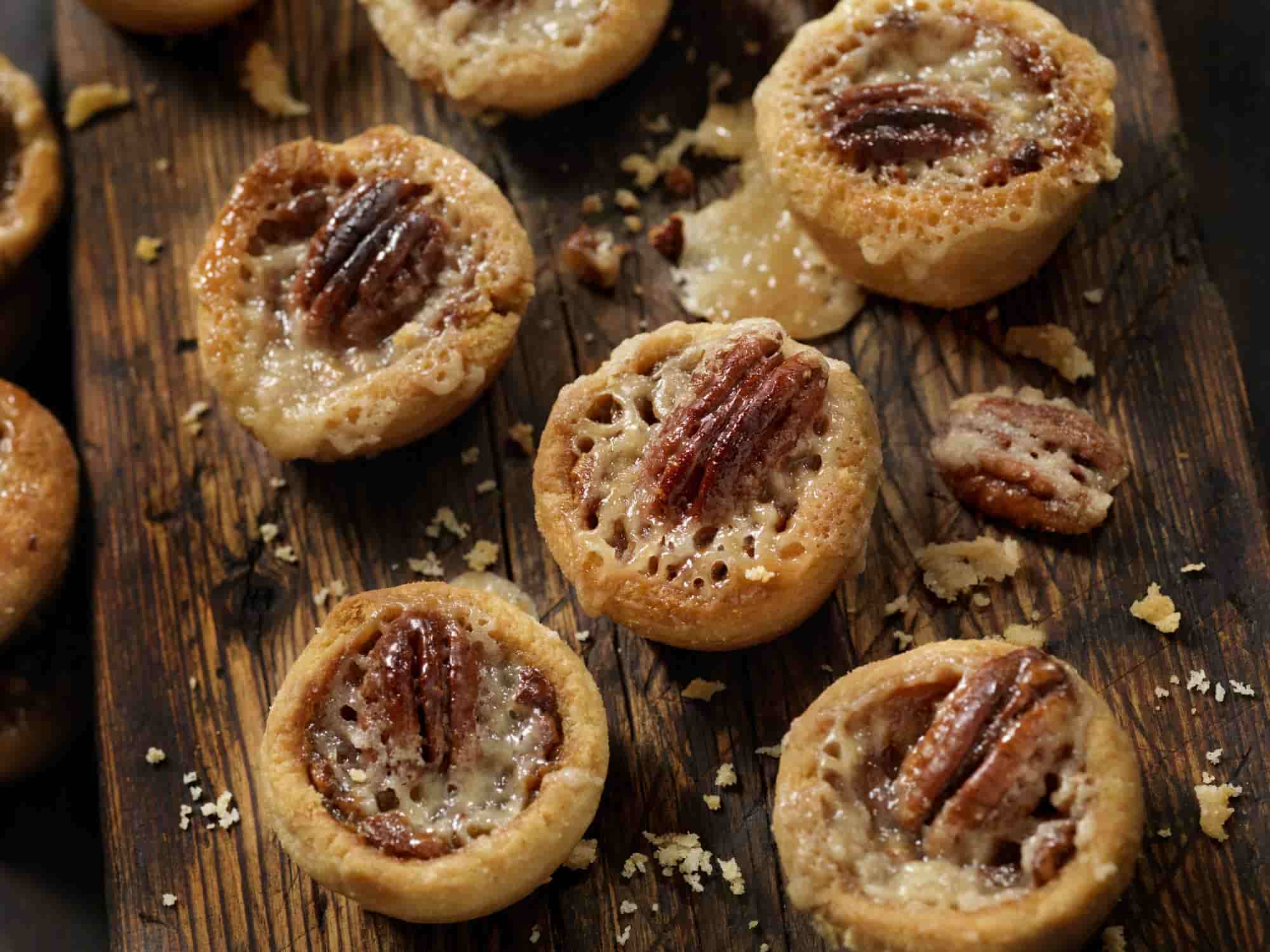 Even the name is delicious!

This small, syrupy, buttery tart is considered one of Canada’s quintessential treats.

They’ve got a pastry shell, a crunchy top, and a gooey middle – is it even possible to have just one?

You can find them in most coffee shops.

In fact, in rural Kenilworth, Ontario, you will find the Butter Tart Trail, a string of 18 bakeries that sell the prized pastries!

Nanaimo is a dessert bar that consists of three layers: a wafer and coconut crumb-base, custard flavoured butter icing in the middle and a layer of chocolate ganache on top.

Forgive us. We’re drooling on the keyboard as we type!

You can find different variations on the recipe around Canada.

For example, some like to add mint or mocha while others prefer Peanut or Baileys Nanaimo bars.

Where better to try a Nanaimo bar than the town it was named after in British Columbia. Check out Hearthstone Artisan Bakery, voted by locals to be one of the best places to try some Nanaimo. 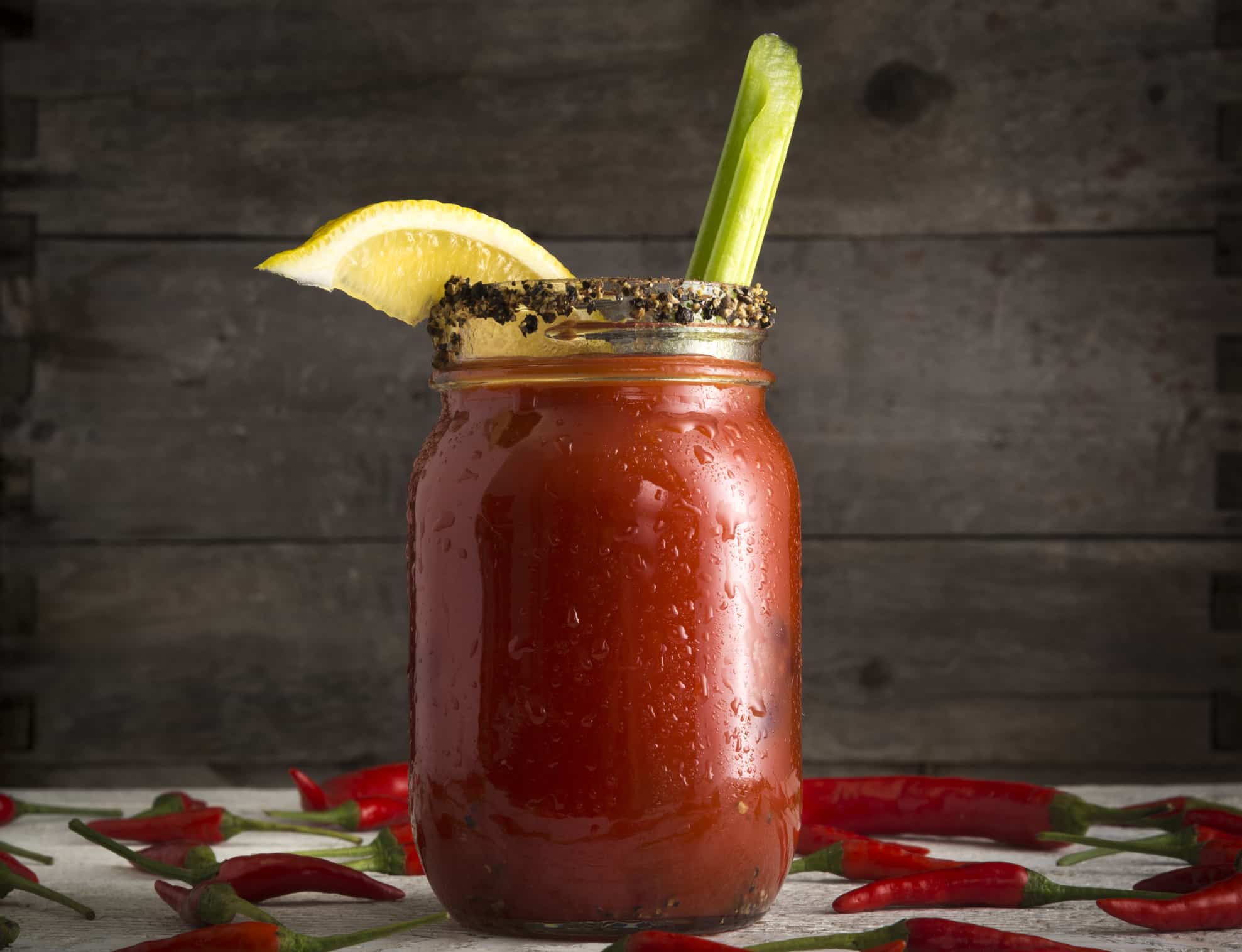 Believe it or not, this is the national cocktail or Canada!

Invented in Calgary, Caesar Cocktail is a variation of the Bloody Mary.

Well known as the popular hangover cure of Canada this alcoholic drink is considered the perfect pick-me-up after a long night on the town.

It is not for everyone’s taste but it’s got that once you pop you just can’t stop flavour.

The best thing about this awesome drink is the elaborate foodie creations that often come on top of the drink.

We have seen everything from pickles to sausages served as an add on to this drink.

It’s made with vodka, clamato juice, hot sauce, and Worcestershire sauce. Tabasco sauce is a frequent addition, as is horseradish.

The best place to try one?

If you’re in Whistler, why not pop into Merlin’s and order one? You definitely won’t regret it!

This is the ultimate Canadian camping treat.

All you need to make these delicious sweet bites are a packet of digestive biscuits, some good quality squares of milk chocolate and a large bag of supersized marshmallows.

Chicken wings come in all shapes, sizes, and flavours in Canada.

Don’t be alarmed by the long list of the types of wings available on a menu, just go for anything saucy and you will be fully satisfied.

A portion of wings are great for sharing with a group of friends and you can wash them down with one of the many Canadian craft beers.

Warning: Avoid ordering wings on a date, barbecue sauce face is not a good look. 🙂

We know there are plenty of other tasty treats we should be trying out in Canada so if you have any suggestions be sure to let us know! So, what’s your favourite food in Canada?