Have you earned foreign income and are now on working holiday in Canada?

Here’s what you should do when filing your Canadian tax return.

We’re gonna do our best to explain this because as much as we don’t want it to be, it can be confusing! *Enter Mark Wahlberg*

*To be clear when we mention “same year” or “tax year” we mean January 1st to December 31st of any given year – which is the tax year in Canada.*

As with everything, there are different rules for residents and non-residents. Not sure about your residency status? See our blog post on determining your status.

You May Also Like:
Important dates in the Canadian tax year

*Note: This is on the second page of the TD1 form

This is the part that gets tricky. As you can see from the above image, they ask you if you will earn 90% of your income in Canada. If yes, then you can claim the credits.

If no, and you will earn/or have earned 10% or more outside of Canada, you should tick NO and therefore not claim the credits. You will be fully taxed, but believe me, this is preferable to owe money when you go to file your tax return.

Disaster strikes here because a lot of non-residents don’t fully understand this when they are filling it out, and therefore claim credits that they are ineligible for.

This is why some non-residents will end up owing money to the Canadian tax office.*

*Note: This is only one of the reasons why non-residents will owe money, but it is the most common reason. 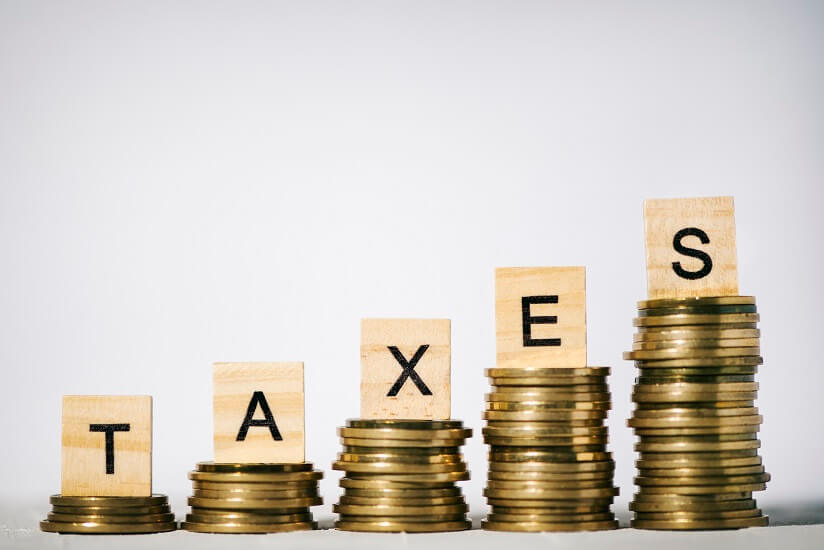 Q: I earned income in my home country and then came to Canada in that same year. Should I include this income in my Canadian tax return?

Q: I already paid tax on this foreign income in my home country. Does this make a difference?

Q: Am I going to pay tax on the income I earned at home, in Canada?

A: No. There are tax treaties for a reason, you won’t be double-taxed on this income.

Q: Why does the tax office in Canada want to know what foreign income I earned?

A: They use your foreign income to calculate the amount of non-refundable tax credits that you are eligible to claim in Canada.

Q: If I earn income outside of Canada in the same tax year and I include it in my tax return, what difference will it make to my refund?

A: This answer really depends on your individual circumstances. In most cases, it will reduce your refund. In some cases, it may mean that you will have an underpaid tax on your Canadian income after the non-refundable tax credits were recalculated.

Q: What do I declare? My Net or Gross income from my home/another country?

A: You should declare your NET income, i.e. the income you received in your bank account or by cheque.

Got any another questions? Let us know and we’ll add to the FAQs. Alternatively, you can call the Canadian tax office or ask an agent such as Taxback.com

Winter is coming. And with that, so are the final rounds of invitations for the 2016 Working Holiday Visa in Canada. It’s been a good year…